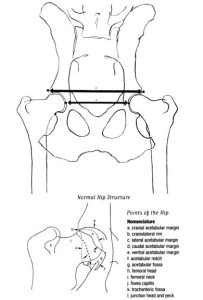 Shepherd Dog remain as low as possible. This in turn ensures that the soundness of the breed progresses.

To participate, the owner must be a member of an affiliated Member Club.

For further information regarding participation please refer to the Regulations Manual, Section 3.1 Eligibility to Participate in the GSDCA Breed Improvement Schemes.

Please refer to the Regulations Manual, Section 3.3 GSDCA HD/ED Control Scheme for information about the scheme. This details the procedure for x-raying, results, qualifications, re-submission of x-rays, appeals and the publication of statistics etc.

Notice to GSD Breeders about Requirements to Comply with HD/ED Control Schemes to enable ANKC Litter Registrations. For the regulations for registering a litter please click on this link below to the ANKC website.

Once the Hip and Elbow x-rays have been received from the GSDCA’s reader, a certificate is issued to the owner of the dog, explaining the scores achieved.

The certificate also carries the GSDCA ‘A’ stamp and the ‘Z’ stamp to indicate that the dog has passed the HD/ED Control Schemes (see certificate).

Publication of Hip and Elbow results

At the National Breed Commission Meeting each year a list of progeny results will be presented for the HD/ED Control Schemes results which is broken down into different categories those being:

The tables for past results are available here. 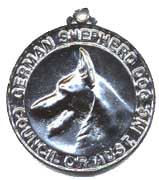 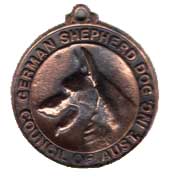 The kennels being awarded the Hip Dysplasia Control Scheme Medals are published in the National Magazine following their presentation.

Comparison of the GSDCA elbow scheme with the SV scheme

Below is a document which compares the Elbow Dysplasia Control Scheme conducted by the SV with the GSDCA Control Scheme written by the NBC Chairperson.

Over recent times it has become apparent that there seems to be a lot of misunderstanding relative to the grading system used by the SV in their assessment of Elbow Dysplasia.

In my position as National Breed Commission Chairman, I have received numerous requests for clarification of the elbow grading system in Germany. So to put the rumour and innuendo to rest I have written this article.

In 1991 it was agreed that a GSDCA Elbow Dysplasia Control Scheme be introduced with the same guidelines in regards to identification of x‐rays as the GSDCA Hip Dysplasia Control Scheme. The x‐ rays must be identified radiographically with the GSDCA tattoo number and at that time was the only means of accepted positive identification. In late 2012 the GSDCA changed its requirements so that the x‐rays could be identified with a GSDCA tattoo number and/or a micro‐chip.

Initially it was a the voluntary scheme but in 1995 it was a requirement that to participate in the German Shepherd Dog Council National Breed Survey Scheme the animal must have been awarded a GSDCA ‘Z’ stamp or its approved equivalent.

The grading system in 1995 was as follows:

Normal:          No changes
Borderline:    Definite osteophytes but not quantifiable
Grade One:   Slight changes less than 2mm

The above animals were awarded the ‘Z’ stamp and were deemed to have passed the GSDCA Elbow Dysplasia Control Scheme.

These animals were not awarded the ‘Z’ stamp and were deemed to have failed the GSDCA Elbow Dysplasia Control Scheme and not recommended for breeding.

Since that time changes have been approved the most recent in July 2014 and the current grading for the GSDCA Elbow Dysplasia Control Scheme is as follows:

Normal:           No changes
Near Normal:  Slight irregularities
Grade One:    Osteophytes less than 2mm

The above animals are awarded the ‘Z’ stamp and are deemed to have passed the GSDCA Elbow Dysplasia Control Scheme.

These animals are not awarded the ‘Z’ stamp and are deemed to have failed the GSDCA Elbow Dysplasia Control Scheme and not recommended for breeding.

I believe that all of the x‐rays are assessed by Dr Tellheim of the University Clinic of Geissen. Similar to the GSDCA scheme the animal must be at least twelve (12) months of age, the x‐ray must be identified radiographically by a micro‐chip, both elbows must be x‐rayed, and the requirements of the views required are clearly defined. X‐rays must be of a high technical quality and measure 18 x 24.

In accordance with the recommendations from the International Elbow Working Committee, the SV agreed to the following grading system, which was introduced on the 1st January 2002.

Animals receiving the above grading’s are deemed to have passed the scheme and the results will be entered on the pedigree and recorded on the SV database. It should be noted that only the overall grade is displayed in the result and the grading as each elbow or the millimetres of change are not shown or advised to the owner.

The result on the pedigree is shown as follows:

Owners of animals with Grade 2, Grade 3 or UAPs are notified in writing by the SV Breed Registry, placed on record and are deemed not to be recommended for breeding but the result is not shown on the pedigree.

Germany has now introduced breeding restrictions in relation to elbow dysplasia and therefore the scheme forms part of the breeding requirements.

As from 2006 Sieger Show, irrespective of age, it was a requirement that all Excellent Select males and females must have an elbow grading of ED normal, ED fast normal or ED noch zugelassen.

In conclusion, while Germany was a little slow to introduce an elbow scheme, they have bitten the bullet and to be perfectly blunt, animals born after 1st January 2004 with an elbow grading of Grade 2 or higher are not accepted within the breeding program in Germany.

As from the 1st January 2008 it is an additional requirement for entry to Breed Survey in Germany that animals born after the 1st January 2004 are required to have: An elbow grading of ED normal, ED fast normal or ED noch zugelassen. In the GSDCA ED Control Scheme animals receiving a Grade 2 grading were accepted into the breeding system until July 2014.

For your information, I have prepared a table below to show the comparison between the grading system of the SV and the GSDCA:

I hope that this explains the situation to members and may I ask that if anyone has any questions or require further classification please do not hesitate to contact me.