At the Opening ceremony of the 2015 National Show and trial, GSDCA President Vince Tantaro made presentations to members in recognition of their work for the GSDCA.

GSDCA Service Awards were presented to current Secretary Val Moody and current Judges Committee Chair Robyn Knuckey for their lengthy service to Council, along with Ian Urie for his years of service to both Victoria and the Council as National Show Liaison Officer 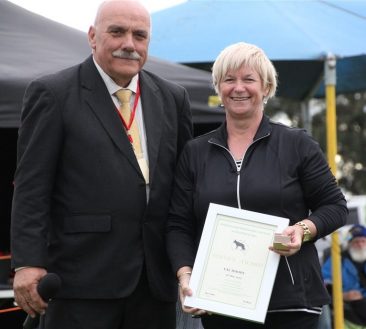 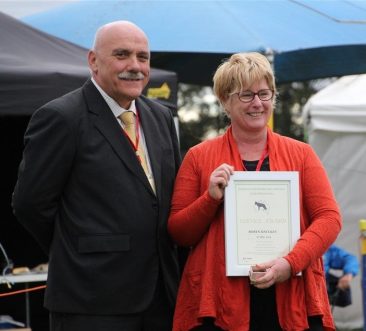 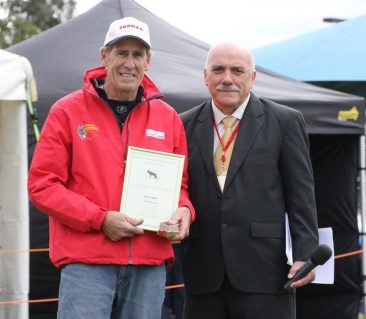 Recognition Awards were also presented to Daryl Bourke and Frank Moody, for their work in developing the recently released GSDCA Dog database, which replaces the Breed Survey books. 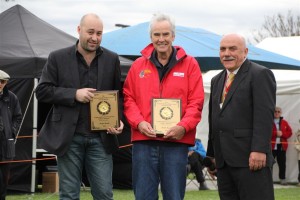 As outgoing Tattoo Registrar Frank Moody was presented with a Recognition Award, as was John Fenner as the outgoing GSDCA website officer. 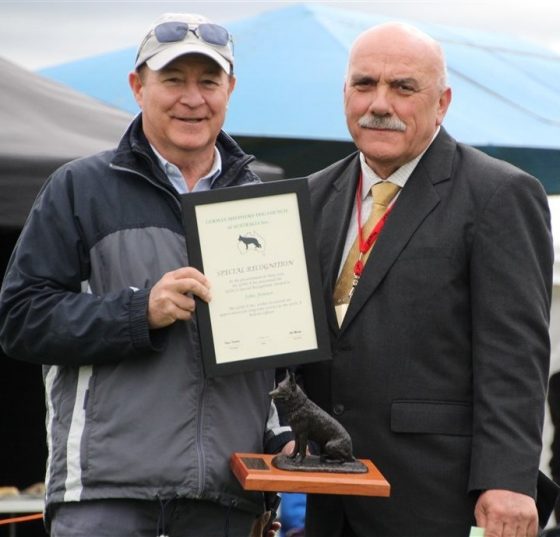 Congratulations to all who received awards, and thank you to these members for their commitment to the GSD in Australia.