About the Youth of the GSDCA

In 2009 it was decided that our organisation needed input from the youth of Australia, both to keep the youth interested and enhance the sustainability of the German Shepherd Dog Council of Australia (GSDCA). To that end, the GSDCA Youth group was formed and held our first meeting at the 2009 National. At this time, the group mainly consisted of over 18 years of age members who were already involved in handling and some also in breeding, therefore we decided to focus on how to become judges and develop our knowledge. The group discussed various options of how to best meet these outcomes and decided that if they could access being inside the ring to experience how the judging process worked they would gain a greater insight. It was decided that we would meet on an annual basis at the National GSD Show as this event saw the greatest number of youth from across Australia all together at the one event.
In 2009 we developed the youth page in the Quarterly Review. We are continuing with this for each review and more and more members are becoming involved. Articles written by the youth of GSDCA including experiences at Australian shows and also the German Siegershow are a few examples of what has been published.

Following on from the idea of members of the youth group being allowed in the middle of the ring with the judge, younger members were allowed into the ring for the judging of a class at a Newcastle show in August. The show was judged by Bruce Knight, where Jess Lynch and Hayley Widejko, went into the ring during a class and had discussions about why the animals were placed where they were and they even had an opportunity to do their own call out order and critique sheets on the dogs. Both Hayley and Jess gained a lot from the experience and certainly appreciated how different things look from the centre of the ring. After reporting back to other members at the 2010 meeting, all were very interested to become involved in this and develop it at many shows across Australia.

We are continually working on the website specifically for the youth to keep all updated on the things we are doing and to also use as a place for discussion between what is happening in all different states. The website will include pages on judging, handling, youth articles, youth achievements and pictures.

2010 saw some of the younger members become involved at our National meeting, and their main focus was to become more involved in handling. The addition of younger members opened an opportunity for us to involve them in handling. An idea has already been developed in WA with one young handler being sponsored to attend the 2010 National to compete in the junior show handler’s class. We have now developed a point score for handlers aged between 7 and 18 years old in each state. This entails handlers competing in junior handler classes at shows within their state and accumulating points over the year with the winner from each state being presented a trophy at the National. We hope that this will encourage younger handlers to compete in junior show handlers and develop their skills so that they are confident to move into the ring as they become older.
We believe that the implementation of the Youth Organisation has seen the development of relationships between the youth of Australia and this is certainly a healthy outcome for our breed. It gives the younger youth members an opportunity to gain a relationship with their slightly older peers, and this makes developing their skills less daunting. It also gives the youth a voice not only in their own club, but also on a National basis, with the Council of Australia.

Jess Lynch was given an opportunity to come and speak at the NBC meeting, on behalf of the Youth group. She was able to relay the ideas of the youth group to the judges and breed surveyors of Australia, and they were very encouraging and supportive of our ideals.

Through all these ideas we have shared to date, we are hoping to encourage more young people to become involved in all areas of the GSD and to gain confidence and more knowledge so that they continue to stay involved for years to come. 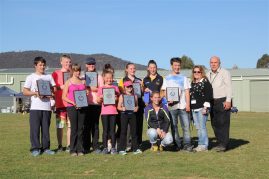 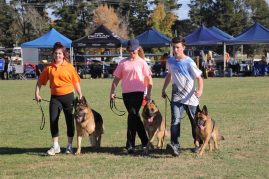 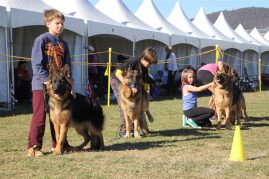 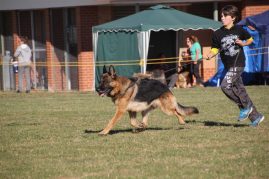 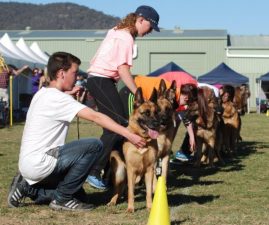 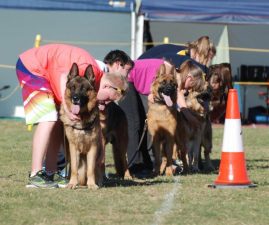 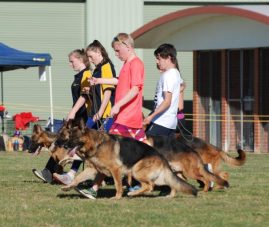 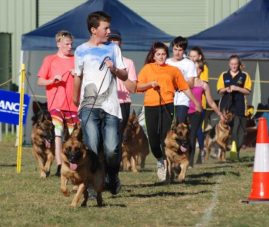